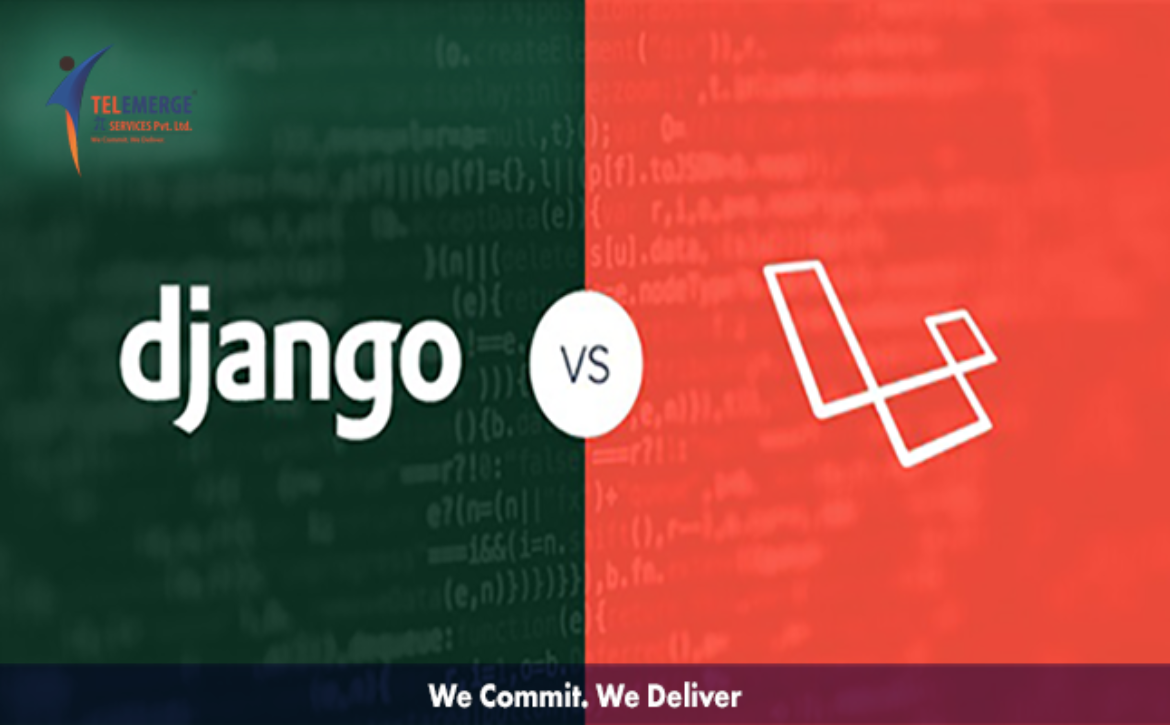 Django vs Laravel is a battle of the biggies. Both the frameworks are extremely popular with the developers as they’re easy to learn and implement. From basic personal websites to enterprise web solutions, both Django and Laravel offer developers great options.

Django and Laravel are both free, full-stack, and open-source frameworks. The difference being that Django is written in Python, while Laravel is written in PHP.

Released in 2005, Django is the older among the two and has matured and evolved significantly over the years.

Laravel follows the model-view-controller approach with object-oriented-programming (OOP). It makes the process of web development very easy. Common tasks such as authentication, routing, etc. are relatively easier in Laravel.

Django also uses MVC but with a slight difference – model remains model while view becomes template and controller becomes view. This is called the model-view-template approach. Django lets developers carry out more than one iterations at a time without having to start from scratch. This makes development quick and efficient. Django comes equipped with libraries, templates, and an API for connectivity and upgrades. Django also has a number of app plugins available.

Laravel has a steep learning curve as it involves learning modern PHP development with database migrations, REST API, templating, eloquent ORM composer, etc. Even developers familiar with PHP coding get some time to grasp Laravel due to eloquent, artisan, composer and facade. Laravel is accompanied with thorough documentation and over a thousand tutorial videos in its tutorial library1.

For those not familiar with Python, Django is considered to have a steep learning curve. Although it is an easier framework to learn compared to Laravel as it is extremely developer-friendly. Django’s code-readability makes things easier especially for developers familiar with Python syntax.

Laravel comes with a decent library; good enough to build a website with it. One of Laravel’s greatest USP is the ease with which routing can be done. Laravel being a new framework compared to Django follows modern design practices. Developers can build a REST API quickly and easily, and together with the object-relational mapper (ORM), it delivers high-level abstraction on relational databases instead of SQL2.

Django is a ‘batteries included’ framework that contains plenty of self-contained packages with reusable features. Although, the lack of a built-in API means that routing is a difficult and time-consuming task for Django developers. Unlike Laravel though, Django comes with a lot of built-in tools such as decorators, SEO tools, etc and its own cache system. Another advantage Django has over Laravel is the presence of a pre-built admin panel.

While Laravel’s templates and libraries help in building quick, small projects in relatively less turn around time, Laravel’s features such as static methods makes it a little sluggish.

Django is based on Python. Python being a high-performance language, the trait is also present in Django. Django components are lightweight and have serialization and validating systems which are used to translate between web page forms and database values3.

Django is based on Python which is a safe language and has inbuilt security standards. Moreover, its user authentication system helps to manage user data in a safe manner. Django takes security very seriously and also guards against common developer mistakes such as SQL injection, cross-site scripting, clickjacking, etc.

Released in 2005, Django is the older among the two and has wider community support. While both have an extensive and responsive support community of GitHub, the number of contributors for Django surpasses Laravel’s by a fair bit of number.

Django is popular among developers for websites that are expected to have high-traffic. Also, its safe environment means organizations like NASA prefer it over others. Django is by a distance the most popular framework in the United States and many European countries. Laravel, on the other hand, is preferred by developers to create aesthetic websites in the arts, entertainment, food, etc. domains.

Thanks to its robust and scalable nature Django powers some of the largest websites on the internet today viz. NASA, Firefox, Instagram, Pinterest, etc. Laravel is used to power relatively smaller sites like Toyota, UNION, etc.

Our Django vs Laravel comparison aims to be a guide to developers looking to decide which framework to opt for their next project. The ultimate choice would depend on the requirement, scalability, expected traffic, complexity and of course the timeframe for project development. Ideally, developers should go through the full features and advantages, documentation, community support, etc. and make their final decision.

Need help in developing a web application using Django or Laravel? We offer custom web solutions to our clients which are aligned with your business goals and address the pain points of all stakeholders involved. Telemerge IT Services is one of the leading bespoke web development companies and have delivered numerous successful projects over the past 5 years.

At Telemerge IT Services, we also outsource remote software developers in Django and Laravel. We understand the difficulties companies face while hiring niche, expert talent for their projects within a budget, and we offer flexible outsourcing solutions to address these problems. Our extensive selection of pre-vetted candidates can start work on your project right away, while you can leave the organizational and administrative hassles to us. 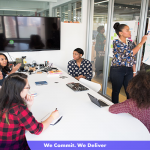