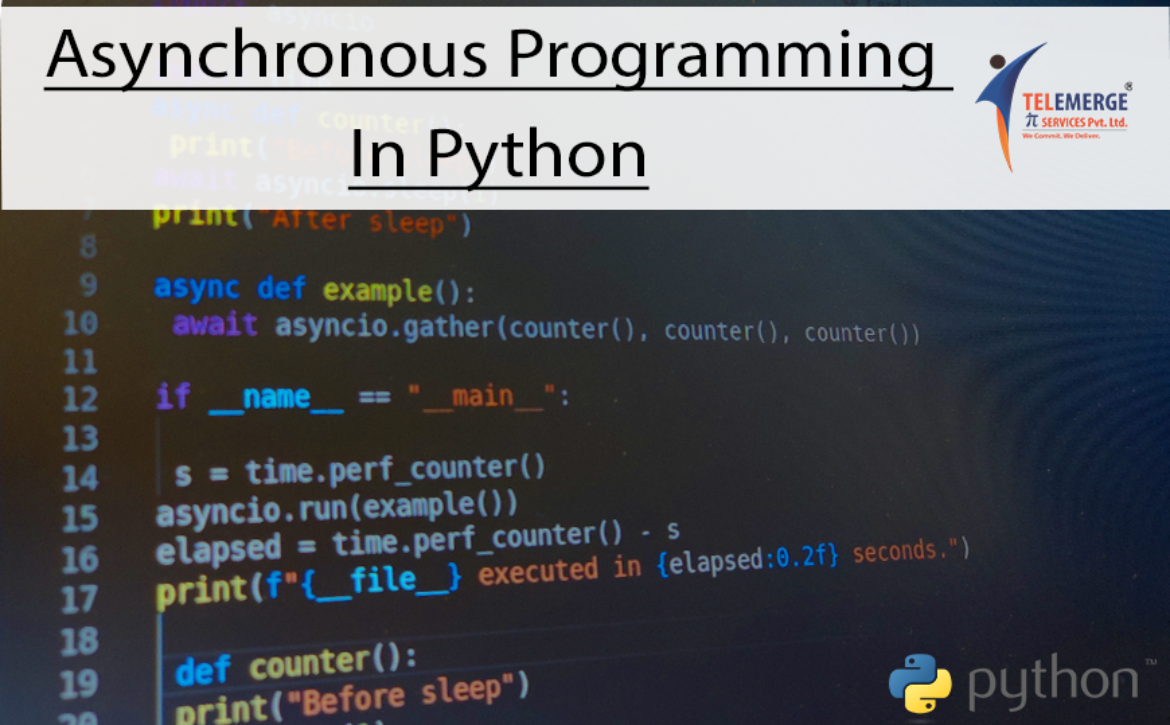 Asynchronous code in Python relies on coroutines. Before Python 3.4 and 3.5 introduced asyncio and async/await in the library, asynchronous programs in Python had to depend on generator-based co-routines.

Asyncio is a concurrency module that facilitates managing of events, coroutines, tasks, threads, etc. Asyncio uses an async/await syntax and constructs such as:

– Event Loop: An event loop manages and distributes the execution of different tasks. It is responsible for input/output (I/O) and system events.

– Coroutines: Coroutines are special functions similar to Python generators, which are used for cooperative multitasking. Coroutines give up control to their callers to ensure that multiple applications can run at the same time.

– Tasks: Coroutines are wrapped in tasks, which schedule them concurrently.

– Futures: Futures represent the result of a task that may or may not be executed yet.

Let us consider an example which we will be doing in synchronous and asynchronous ways:

Despite asynchronous programming not being as native to Python as it is to JavaScript, it still is gaining rapid popularity. One of the primary reasons for this is improved app performance, which leads to better user experience.

Telemerge IT Services is a bespoke software development partner for startups and small and medium-sized companies. We use a mix of technologies and techniques to deliver a software solution that is aligned with your business goals. To know how we can deliver a software solution that automates your business processes and improves efficiency, get in touch with us to discuss your project.